MY APOLOGY LETTER TO VIRGIL ABLOH 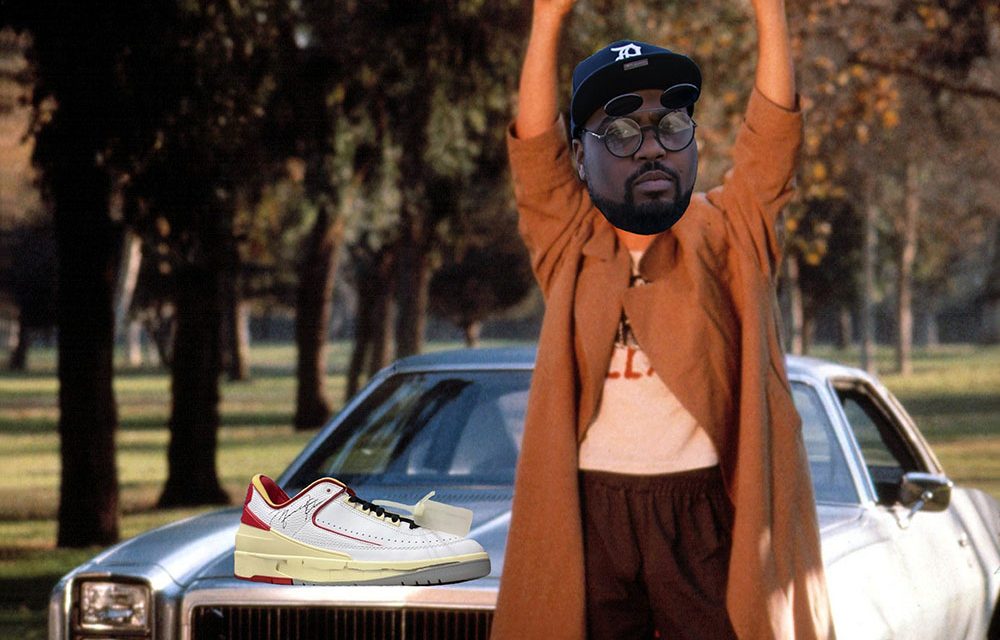 Dear Virg – I would like to take this opportunity to publicly, and humbly, reach out to you and apologize for the comments I made last weekend. I meant no harm or malice. I made the simple mistake of assuming. I assumed that you were a designer. I assumed you were creative. So based on that assumption I guess I expected you to… I don’t know… design or do something creative. But that’s my fault. I expected too much of you and I own that mistake.
I’m firm believer that a person’s apology should be just as loud and public as their transgression. So I would like to take this opportunity to break down what I said last week and apologize for each slight. For example…

When I said that it “seems like most of the hyped up collabs simply add a cherry on top of something that already exists, and try to hide that laziness behind the guise of ‘nostalgia” I couldn’t have been more wrong.

“Something that already exists.”

The nerve of me.

I’m ashamed of my audacity.

I said that as if you just added a zip tie or something.

As far as the midsole is concerned, I gotta admit, the crumbled midsole affect is pretty dope. So, out of the sixteen plus design features of the Air Jordan 2 Low that you could’ve gotten creative with, you at least did something different with one of them. And if my math is correct, that means you did something creatively different to about 6% of the original shoe design. Which is 3 more than your 3% approach to design. So while it’s no .300 batting average, it’s still a personal best. And that makes you a MVP candidate in my book.

“Try to hide that laziness behind the guise of ‘nostalgia’?”

What the fuck was I smoking?

It’s not like you immediately validated that statement with your response by saying, and I quote, “My premise is to make sure the millions of new kids pushing sneakers into pop-culture, get an ounce of feeling of what it was like when I was in middle school waiting for the Playoffs to start, to see what black colorway was coming.”

See, I think the mistake I made when I originally read your response was thinking that you were talking about the nostalgia of sneakers, when in actuality you were talking about the nostalgia of losing or missing out on something you love. I mean that has to be what you mean right? Otherwise it becomes ironic, and even disingenuous, when you say that you want to give this feeling to the MILLIONS of new kids when you only make THOUSANDS of your shoes. I think even you’ll agree that it’s hard for those kids to share in that nostalgic enjoyment when those same kids can’t get their hands on the product that you made for them to enjoy. And I’ll acknowledge that you might not have complete control over the production numbers, although, you did just release fifty of the same shoes at the same time. But even still, I’ll give you the benefit of the doubt. I’m just saying if I’m playing devil’s advocate one could argue that you kinda had to know what you were dealing with with Nike right? It would be like doing a collaboration with EpiPen and saying that you did it because you wanted to create something that was affordable.

I don’t know how anyone could put your name and “lazy” in the same sentence. Now I have heard people put your name and “stealing” in the same sentence. But never lazy. Just ask April Walker, Pop Smoke’s album cover (If it could talk), Rider Ripps, Jawad Elatab, Walter Van Beirendonck, Gramm and Colrs, Lucio Fontana, yourself—indirectly—in past interviews. Ask any of them and they will tell you, Virg is always working… on stealing our shit.

But even if you did rip-off other people’s designs, that doesn’t negate the hard work you put in. People who steal work very hard to take things that they don’t want to work for, earn, or legally obtain. So by that definition alone no one can call you lazy.

Remember when I said last weekend that “this—meaning your upcoming Air Jordan 2 Low collab—comes off as a retread instead of an entirely new tire”?

I couldn’t have been more out of line if I tried.

Think about it. Who doesn’t love when allegedly creative people recycle the same old ideas over and over and over again? I myself love when my favorite music artists remain musically stagnant. So why should sneakers be any different? Like imagine if after the success of “Off The Wall”, instead of following up that project with either “Thriller”, “Bad”, or “Dangerous”, Michael Jackson just gave us fifty different remixes of “Off The Wall”. Who needs “Billie Jean” when you can just spin off fiftyleven different interpretations of the same song.? Love “Off The Wall”? Well, here it is for the 31st time. Same song, same beat, but this time it’s in Portuguese. So instead of complaining, what I need to do is appreciate the consistency of your creative ineptitude. Who cares that you’re rehashing the same old deconstructed design that you’ve literally used on every other Air Jordan collab that you’ve ever worked on. I need to look beyond that and realize that this Air Jordan 2 Low is your Portuguese “Off The Wall”. While others might begin to expect new music at some point, I’m like “Fuck that. Put on that ‘Best of’ album and put it on repeat.”

Sneakers and music aren’t that altogether different. In fact, looking at your work through the lens of music helps me better comprehend your 3% design philosophy. See, this whole time I’ve been labeling the art of adding, or changing, one element of some other existing work, and calling it creatively new and different, the “Vanilla Ice” theory. Why do I call it that? Well, remember when Vanilla Ice got sued by David Bowie over the music to “Under Pressure” and Vanilla Ice’s defense was that he added one extra drum kick to the same music for “Ice, Ice Baby”, so therefore it was something different entirely? That’s why. But now that I think about it, Virg’s 3% design philosophy and my Vanilla Ice theory are one in the same. That’s exactly what Virg does. He adds his own “drum kick” to an existing sneaker and acts like it’s something different entirely. And if that philosophy is good enough for one of the G.O.A.Ts of hip-hop, it’s most certainly good enough for one of the G.O.A.Ts of fashion and design.

Hey Virg. Remember a few years ago when you designed your first Louis Vuitton sneaker and people called you out for ripping off the Avia 880, or when they called you out for ripping off the Foamposites with your Louis Vuitton sneakers from your Winter 2021 collection, but then when you applied that same creative effort to an Air Jordan people switched up and thought it was dope? Yeah, me too.

In your much thought out, and grammatically articulated, response to my criticism last weekend, you said that you were “highlighting the greatest basketball player to ever touch a basketball”? I presume you meant that you are doing so through your collaborative efforts. And if my presumption is correct, I agree with you. All I have to do first is forget that the shoes in question are called AIR JORDANS, and inherently highlight the athlete they’re named after. I have to first forget that his signature sneaker line was, and is, so successful that it was turned into its own brand making billions of dollars a year. I have to first forget that his shoes currently outsell any other signature athlete despite the fact that he hasn’t played in 18 years. I have to first forget that his shoes are often credited for launching sneaker culture into the community that it is today. And I also have to forget that the popularity of retros in themselves rely on nostalgia. So once I’ve put aside all of that information I’m able to see your point.

You know what? I’m just going to be honest and admit that I’m just jealous. I think about all the different times I spent on NikeiD trying to come up with something unique and creative when I could have, and should have, just re-made something that had already come out. Work smarter not harder right? It makes you think. Like why are the kids who participate in the Doernbecher Collection putting all that effort into designing a shoe that tells their story when all they have to do is drop the “Chicago” 1s with a corrected toe box, slap their name on it, and call it day? Plus if they did that, it would make your efforts look less lethargic and inferior in comparison. It’s a win-win for both sides.

Oh, and thank you for giving us insight into your “design process”. I saw the Adobe photo-shop breakdown of your design floating around on social media. Screen printing “Shoelace” on the shoelaces. BRILLIANT! They don’t teach you that in design school. You have to be born with that talent. I also saw the “Behind the Design” video on the SNKRS app. It took watching that video to understand just how much effort you really put into this. To be able to walk into Nike’s archives, see a shoe sitting on the shelf, and resist the urge to add or do anything unique. That takes balls. The creative courage it took to say “Hey, release that. Release exactly that. EXACTLY. THAT.” Shit, I can’t even begin to fathom the outer body creativity it took to re-release a signature Air Jordan as is. By that logic the “Banned” Air Ships from a year ago are a Backdoor Bodega collab.

And finally, I would also like to take this opportunity to apologize to the Virgil Abloh sycophants out there in the sneaker community. I have been bullied by your reasoning and your logic, and I’ve come to understand that like the citizens of “The Emperor’s New Clothes” you all saw what I couldn’t see. When all I could see was a brown hand cut out of construction paper, you all saw the Thanksgiving turkey that Virg told you it was.

In short, Virg, you have helped me see the light. I use to hold sneaker collaborations to a higher standard because it was an opportunity for those chosen lucky few to do something creatively different that we don’t typically get from the brands on the weekly basis. But now that I know that the only true requirement of a collaborator is to slap their name/logo/branding on a sneaker, I’ll temper my expectations going forward. A REAL sneakerhead knows that the most important details of a collaboration are how limited will the release be and how much are they going for on StockX. So, the next time you get ready to drop another collab, I will clap and applaud like the rest of the trained seals some of us have become in the sneaker community. You’ll get no more grief from me. #fingerscrossed

P.S., now that we’re friends, a word of advice. I’m not here to tell you how much to give or donate, but the next time you decide to post a $50 donation to an important cause you claim to care about, don’t. Just. Don’t. Spare yourself the harassment and grief. The last thing you want is some asshole jumping on a blog calling you out via some passive aggressive apology letter. 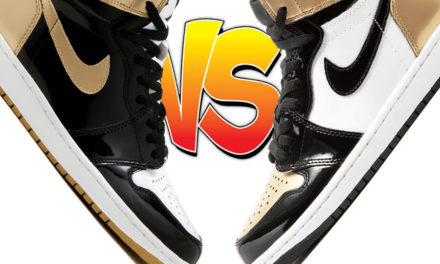 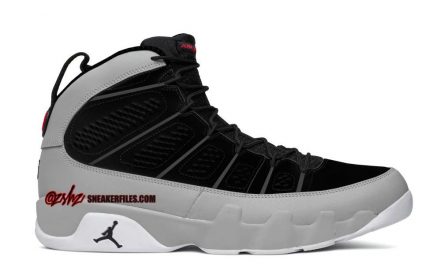 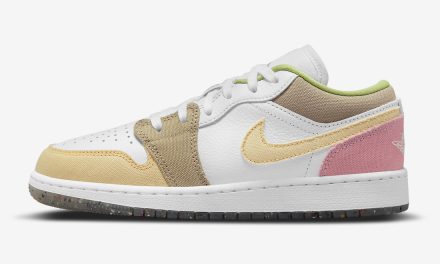 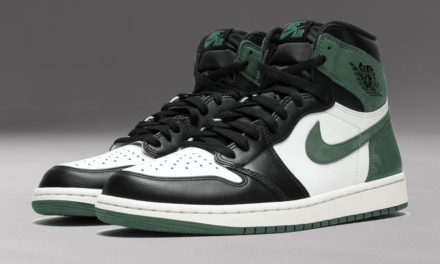